This is part of the Don't Bus Throw-Away Tableware page. A major issue is the commercial social pressure to bus disposable tableware, but leave re-usable items at the table. (This was a competitive move by fast food franchises in the early 1960's.) Here are some approaches.

What Others are Saying

http://myplasticfreelife.com - by Beth Terry
Beth Terry is the person who successfully urged the Chlorox Company to recycle Brita filter cartridges in the US, when they previously only offered recycling in Europe.
National Restaurant Association Blog Entry - 4 tips to be a greener restaurant guest by Annika Stensson
describes declining straws and utensils and "bring your own".
http://www.bestrawfree.org - Let's go Strawless!
"Viv Biz Club Plastic Cutlery - Why People Use It and Why You Shouldn't
"Ask Pablo" - Ceramic Plates vs Paper Plates
"No Disposables" Campaign (Korea)
Korea Zero Waste Movement Network "No Disposables" factsheet (.pdf)

Discussion, "What to Say" and General Approaches

What Local Government is Doing

Montgomery County, Maryland (US) Plastic Bag Law
Example of a local law requiring fees for disposable grocery bags.
(text of statute) (.pdf) Under the law, retailers must charge customers for bags and may not provide a store credit to cover the bag tax amount. As a practical matter, this is not significant, as most markets offer a 5¢ or 10¢ refund for people bringing their own bags. I generally keep a few triple-bagged plastic/paper combination bags under the car's trunk mat for times I forget my purpose-made reusable bags. 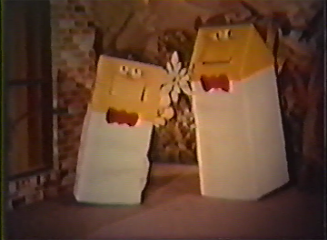 [1]^     The effectiveness of recycling is limited because:

Comments about this site: email me
www.skoozeme.com index